After making racist remarks that sent shockwaves through the NBA community, Los Angeles Clippers owner Donald Sterling had been handed a life ban from the NBA by league commissioner Adam Silver. 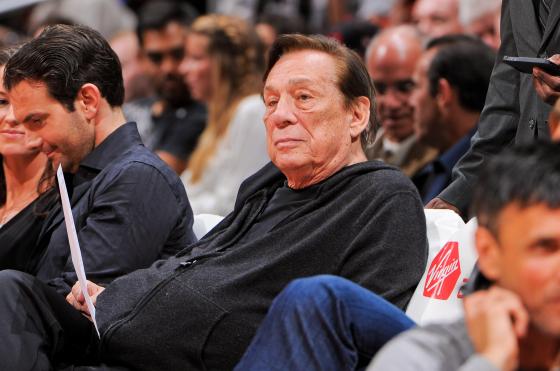 Following the release of a recording of a racist tirade by Clippers owner Donald Sterling, new NBA commissioner Adam Silver has responded by handing Sterling a life ban from associating with the National Basketball Association.

“Effective immediately I am banning Mr Sterling for life from any association with the Clippers organisation or the NBA,” Silver said in a press conference.

“Mr Sterling may not attend any NBA games or practices, he may not be present at any Clippers facility and he may not participate in any business or player-personnel decision involving the team,” Silver said.

The commissioner also expressed his desire for Sterling to be forced into selling his ownership of the Clippers franchise and announced his plans to see him removed from all association with the Los Angeles-based team.

“I will urge the board of governors to use its authority to force a sale of the team and will do everything in my power to ensure that that happens,” said Silver”

“I fully expect to get the support I need from the other NBA owners to remove him.”

For Sterling to be forced into selling his team, a three-quarter majority of the remaining 29 team owners must be reached. Several owners – including Dallas Mavericks’ Mark Cuban, Phoenix Suns’ Robert Sarver, Portland Trail Blazers’ Paul Allen and Detroit Pistons’ Tom Gores – have already expressed their support for Sterling to be forced into sale.

Silver also handed Sterling a $2.5 million fine for his remarks – the maximum penalty allowed by the NBA constitution.

However, if Sterling does in fact sell his team, that fine will hardly hurt his pockets. The Clippers are currently valued at $US575 million by Forbes magazine – Forbes also valued Sterling’s net worth at $US1.9 billion.

Earlier in the week, the recording Sterling telling his girlfriend V. Stiviano not to associate with “black people” was leaked by TMZ.com.

The fallout from Sterling’s alleged remarks sent shockwaves throughout the NBA community, with his players staging a silent protest before game four of their first-round playoff series against the Golden State Warriors and threatening to boycott games.

NBA legend Magic Johnson – who was directly referenced by Sterling during his racist rant – responded to the news by declaring he would “never go to a Clippers game again as long as Donald Sterling is the Owner” via his Twitter account.

“I don’t think I have to interpret those statements for you,” Obama said. “They kind of speak for themselves.”

“When ignorant folks want to advertise their ignorance, you don’t do really have to do anything,” he continued. “You just let them talk.”

“I look at this from two perspectives — as a current owner and as a former player. As an owner, I’m obviously disgusted that a fellow team owner could hold such sickening and offensive views. I’m confident that Adam Silver will make a full investigation and take appropriate action quickly.

As a former player, I’m completely outraged. There is no room in the NBA — or anywhere else — for the kind of racism and hatred that Mr. Sterling allegedly expressed. I am appalled that this type of ignorance still exists within our country and at the highest levels of our sport. In a league where the majority of players are African-American, we cannot and must not tolerate discrimination at any level.”

I couldn't play for him

However, the reaction from the NBA community following Sterling’s life ban was met by unanimous agreement.

Now let's hope that the other 29 owners do the right thing.

This is not the first time Sterling has found himself in hot water thanks to his racist views.

In 2006, the US Department of Justice sued Sterling for housing discrimination, claiming he refused to rent apartments to tenants in minority groups. The suit was settled for more than $US2.7 million. It was the largest monetary payment ever made to the Justice Department in such a case.

Meanwhile, in 2009, NBA legend and former Clippers vice president Elgin Baylor filed a wrongful termination suit against Sterling, stating he was fired because of his race and age. Baylor claimed that Sterling had a “plantation mentality” and made decisions determined by race during his Baylor’s tenure with the franchise.

According to legal documents, Baylor stated that Sterling had told him, “personally, I would like to have a white Southern coach coaching poor black players.”